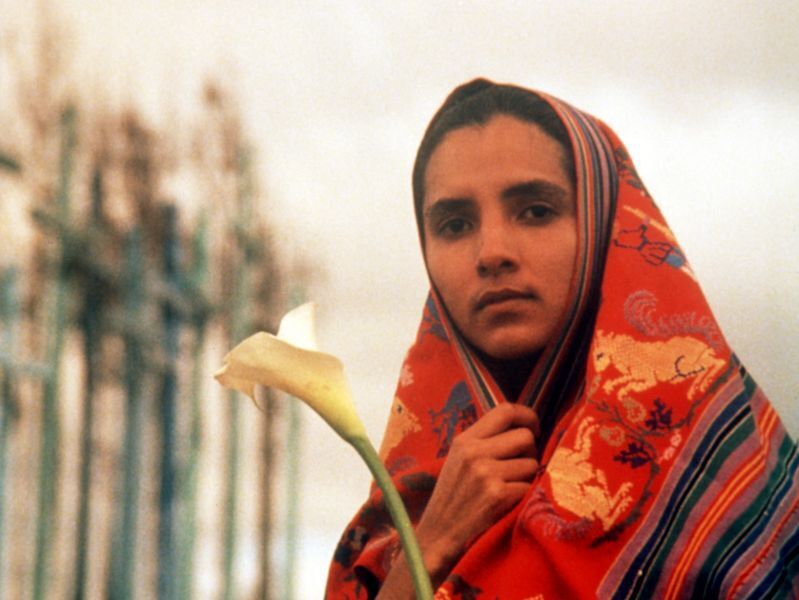 Thumbnails is a roundup of brief excerpts to introduce you to articles from other websites that we found interesting and exciting.

We provide links to the original sources for you to read in their entirety.

this special edition of Thumbnails celebrates filmmaker Gregory Nava and his 1997 biopic, “Selena.”

When Lopez (and Selena) are left alone to simply sing, the results are electrifying.

“Selena” is smart in not letting the singer’s death dominate the story of her life. We meet her killer,

Yolanda Salvidar (Lupe Ontiveros), almost obliquely, when she’s introduced as the manager of Selena’s new boutique and the former president of her fan club.

Soon there’s a discrepancy over missing money, and then the shooting, which the movie deals with only through its aftermath.

“Selena” succeeds, through Lopez’s performance, in evoking the magic of a sweet and talented young woman. And, like Nava’s “My Family,”

it’s insightful in portraying Mexican-American culture as a rich resource with its own flavor and character.

It’s ironic that the most successful modern Latina singer could once have had a talk with her dad where he sighed, “You like Donna Summer, I like doo-wop.” But he also said, “You gotta be who you are.” She was.

2. “Gregory Nava: Living in el Norte”: Two years prior to the release of “Selena,” the filmmaker spoke with Roger Ebert about his 1995 drama,

“My Family,” which expands on the themes of immigrant life that were explored in Nava’s 1983 landmark, “El Norte.”

Ebert gave four stars to “El Norte” in his original review and later inducted it into his Great Movies series.

“Chicanos haven’t had a lot of chance to work in the film industry, so you don’t have a lot of production designers and people you can work with.

The visual genius of the community has gone into painting, and the most exciting painters in Los Angeles today are the Chicano painters.

My favorite is named Patssi Valdez, and she does all these beautiful house interiors; they’re gorgeous paintings.

So we actually hired her – she’d never worked on a movie before – to work with us to design the interior of the house.

Vibrant way of life. So there are all these reds and purples and blues and all the vibrant colors,

and they all come from her painting and reflect the vibrant reality of the way people decorate their houses in East Los Angeles.

I wanted in the film to have this poverty reflect the beauty the people have and the pride they have in their homes.

There’s a false dichotomy in the movies: ดูหนังออนไลน์

If it’s rich it can be beautiful, but if it’s poor, it must be horrible and bleak.

The reverse can also be true. I think Orson Welles had an interesting angle on wealth in ‘Citizen Kane,’

where it’s oppressive and horrible. In ‘My Family,’ it’s poor, but it is very beautiful, and I wanted to capture that in the film.

I feel that there’s no reason why a plaster flamingo against a pink wall can’t be just as beautiful as anything in `The Age of Innocence.'”

Nava wrote the following essay for inclusion in the program book for the 2014 Spirit Awards,

where Ebert was honored that March.

Roger Ebert loved independent films. He gave all us mavericks—the independents—filmmakers who had a different

Independent or an IFP—there was Roger. I still remember him bounding up the aisle of the Biograph
Theater in Chicago, hand extended to me saying: “Hello,

my name is Roger Ebert and I loved your movie.” And you could fill the

Biograph Theater many times over with filmmakers who had the same experience—Spike Lee,

Michael Moore, Martin Scorsese, Barbara Kopple, Errol Morris and the list goes on and on.

and he helped open the floodgates that became independent filmmaking in America.