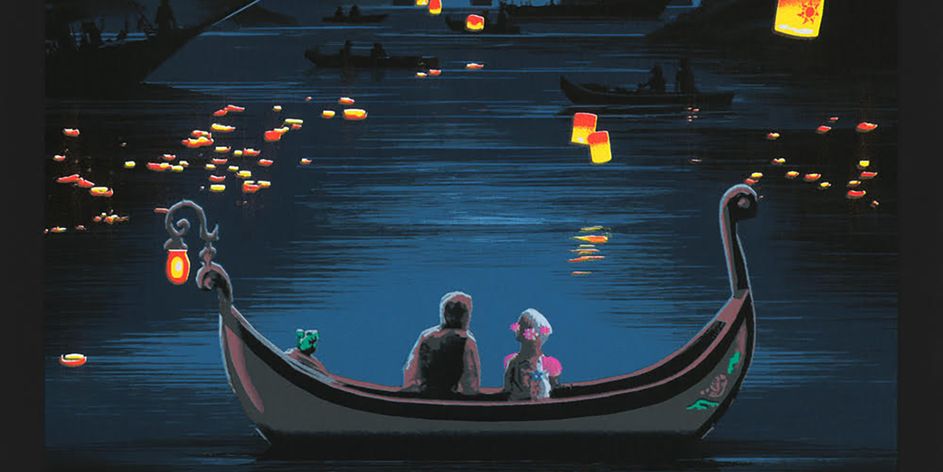 If you’re into Disney castles, you’re going to want to pay close attention to this latest reveal.

We at Collider have a first look at artist JC Richard’s next screen-print in his Disney Princess Castles series, as this time he tackles the kingdom of Corona from the 2010 Disney film Tangled.

This 36 x 12 print uses the lantern motif from the film to litter the castle with gorgeous little lights, while Rapunzel,

Flynn, and Pascal are seen in a boat at the very bottom.

This is the fifth release in Richard’s castle series, following beautiful prints for Cinderella, Sleeping Beauty,

The Little Mermaid, and Beauty and the Beast

– the latter of which still has a few quantities remaining.

Tangled has quickly become one of the most beloved recent Disney releases, and I think Richard’s work here really captures the emotional center of the film.

The story goes that Rapunzel was abducted as a young child, but every year her kingdom still lights lanterns on her birthday,

releasing them into the sky to show her the way home. It’s one of the film’s best moments

– both from a story and animation perspective

– and making it the focus of this castle print was a stroke of genius.

Check out JC Richard’s Tangled castle print below. It goes on sale tomorrow,