Everything We Know About Season 2 of HBO’s ‘Euphoria’ 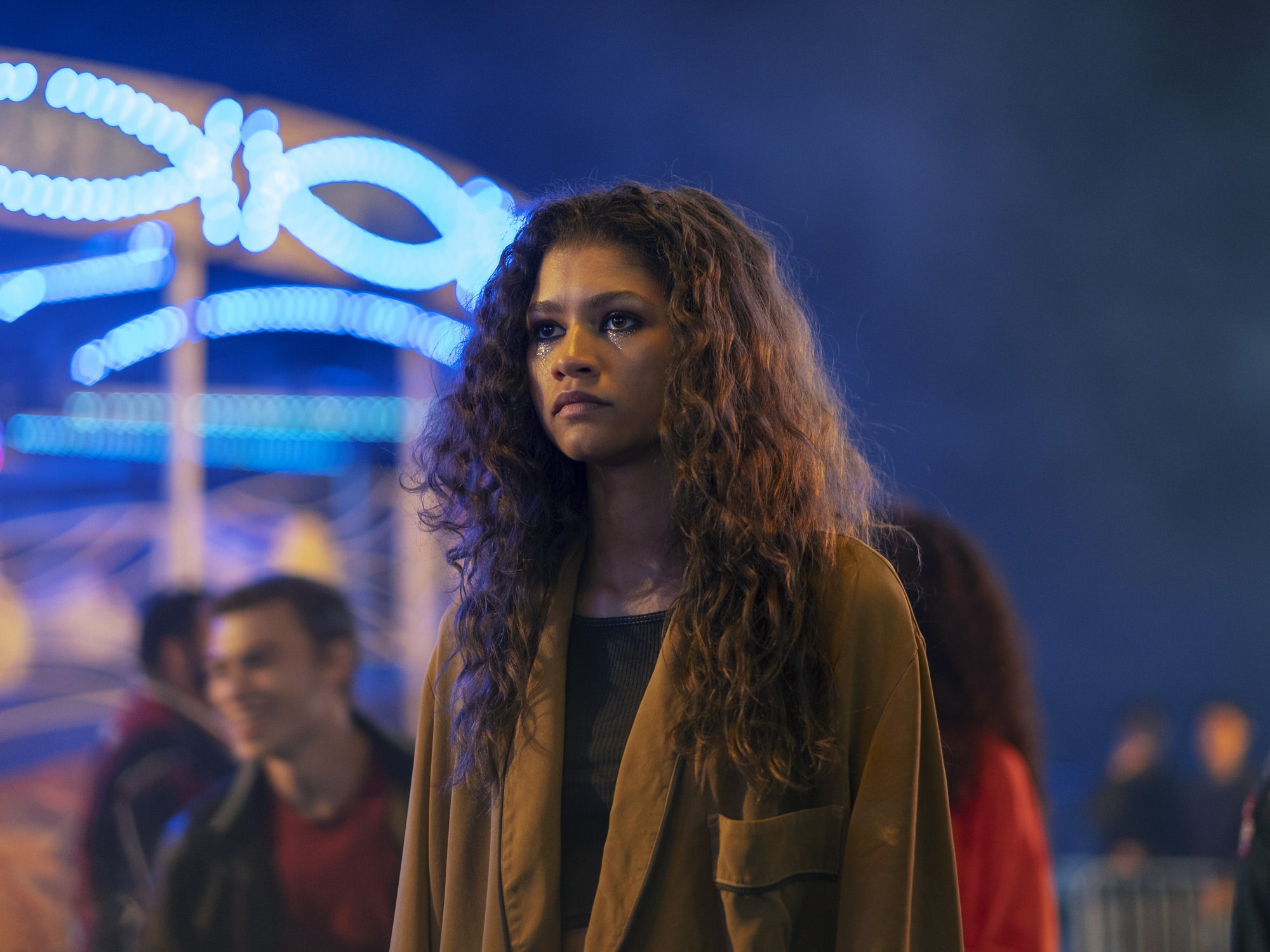 In summer 2019, HBO enamored audiences—and prompted viewers to wonder if Gen-Z is OK—with the release of Euphoria.

The show, from Sam Levinson, son of Barry Levinson,

and executive produced by Drake (among others), became an instant hit, praised for its young ensemble cast, led by Zendaya in an Emmy-winning performance as recovering addict Rue Bennett, and raw, unsentimental portrayal of youth culture, addiction,

and trauma. Once people got past the pre-release controversy—you know, that now-infamous 30-dick scene—and tapped into the experiences of the classmates in Rue’s network, viewers were hooked (and invested in the teens’ well-being).

Rue, Jules (Hunter Schafer), and their peers have been through a lot in a short amount of time,

but there’s clearly more to their stories. Since Euphoria was picked up for a second season back in July 2019 before the first season was even through,

below we take a look at where the show stands going forward. Here’s everything we know about Season 2 so far; check back for updates as we learn more.

When will Euphoria Season 2 be released?
While many shows were put on hold due to the pandemic, Euphoria was definitely one of the more devastating pauses—not just because of how excited fans are for Season 2,

but the fact that the cast and crew were already back on set for table reads before everything shut down.

and the Jules-centered “Fuck Anyone Who’s Not a Sea Blob”—that aired in late 2020/early 2021 to tide fans over,

since it’s proving to be much longer than fans originally anticipated to check in with the kids of East Highland again.

There’s definitely been months of delays, but you don’t have to fall into an angsty pit of despair because it seems

the show is gearing up to finally start filming Season 2. According to a casting call from February 2021,

production is scheduled to begin on April 5. So, with the show shooting this spring,